Screwing up hurts. A while ago I made a hire I was excited about. It turned out to be a really terrible fit for the team and company culture. It blew up in the team’s face leading to pain, failed projects, and an acrimonious departure. What should you do when something fails, especially something you’re responsible for?

Maybe you led a meeting that devolved in to insults, or a project collapsed in a smoldering pile of open JIRA tickets and frustrated users, or your posh and expensive rebranding ended up looking suspiciously like an armpit someone copied from clip art, or you got caught borrowing money from your company to buy assets that you then lease back to your own company. After discarding the immediate bad ideas that pop in to your head (mash a few keys in your email client and blame whatever name autocompletes, pivot to the blockchain, file for IPO), Bob Sutton on the Dear HBR podcast says you should say three things: 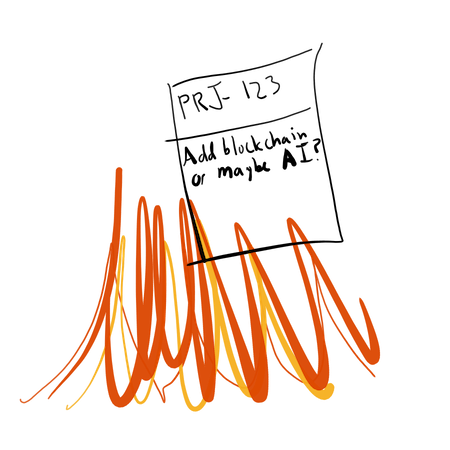 In my earlier example of a wrong hire and subsequent bad performance, I would talk to the affected people (probably my boss and team in this situation) and say something like this:

“I made a bad hire. It hurt the team’s morale, safety, and productivity. I’ve learned I need to give earlier feedback more clearly when there are performance and behavior problems, and to look out for some red flags in the interview process. For the first three months after a new hire joins I’ll do a performance review. I’ll add the following interview questions to my interviews: etc etc etc”

Screwing up hurts, but failure is a great teacher. Learning and improving from failure and demonstrating that to others takes some of the sting out of it. I suspect it lowers the long-term cost of failure by increasing the benefits which can let you try more failure-prone things. That seems great!